The development of AOCS software for space missions requires extensive on-ground validation prior to deployment and implementation onboard the satellite. The Real-World Software (RWSW) simulator, including its automated design and validation tools, is the main instrument used by NGC for the design and validation of its flight software. The effectiveness of the RWSW has been proven in many flight programs and the simulator has come to be recognized as a reliable tool in predicting the behaviour of satellites in orbit and the effect of parameter changes.

The satellite dynamics simulator, also referred to as the Real-World Software (RWSW), is a Matlab/Simulink simulator used by NGC for its AOCS software development and validation. The RWSW is the representation, in a computer simulation environment, of the sensors, dynamics and actuators of the satellite as well as the dynamics or kinematics of other bodies (Sun, Earth, etc.) that have an impact on the dynamics of the satellite. The dynamics modelling of the satellite also includes the environmental perturbations acting on the satellite translation and attitude: non-spherical gravitational field of the Earth, gravity gradients, solar radiation pressure, air drag, etc.

Starting from a test plan in an Excel workbook, at the touch of a button, a full set of tests can be executed and test reports can be generated and documented. This includes the possibility of executing Monte-Carlo simulations. 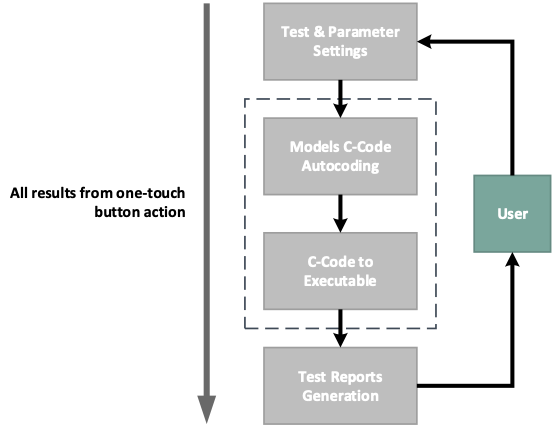 NGC has developed its own library of Simulink models to augment the native Simulink module library but also to replace some of them with NGC-developed versions more adapted to safe flight operations, including cleaner automatic code generation and the detection and isolation of potential mathematical exceptions.

NGC’s Matlab/Simulink libraries include functions and Simulink modules for:

The libraries contain sensors and actuators models as well as various basic functions used in the AOCS software and simulators, for instance, transformation from orbital elements to position-velocity variables, quaternion to roll-pitch-yaw variables, etc. These libraries can be simply initialised and used as any Matlab/Simulink toolbox. 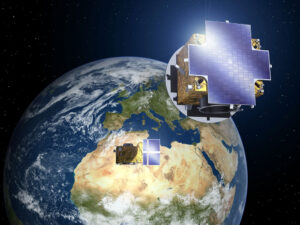