NGC’s Attitude and Orbit Control System (AOCS) software technology, starting with the PROBA satellites, pioneered a new generation of satellites that integrates onboard intelligence and autonomy in the operation of scientific and Earth-observation satellites.

On conventional satellites, the series of commands that control the behaviour of the satellite – to accurately position and orient the satellite in order to align its space telescope to a star or its camera to an Earth target – are typically precomputed days in advance by ground operators and sent to the satellite’s onboard computer for blind execution.

With NGC’s revolution in autonomy-enabling software, the intelligence of the ground operators has migrated to the AOCS software running the onboard flight computer, using fresh (instead of days-old) position and orientation data to achieve the high-accuracy pointing required by current and future missions. With this breakthrough innovation, the team of ground operators required for conventional satellites is replaced by a single ground supervisor.

In another breakthrough innovation, NGC has also dramatically reduced the cost of software development. Its design, implementation and validation are realised using model-based design with Computer-Aided Software Engineering (CASE) tools, including the automatic generation of the flight code.

In the design of conventional satellites, two teams of experts are required to develop the flight software:

1
The control system engineers who, with their own development tools, design the algorithms to control the position and the orientation of the satellite and manage its behaviour.

2
The software engineers who, with their own different development tools, transform the algorithms into flight software i.e. instructions in the machine language of the computer.

The management of the interface between the two teams is a time-consuming and error-prone process. When the time comes to verify the operation of the software and malfunctions are discovered, they have to find out the source of the problem – is it the algorithm or the software code – so the right group of engineers can be tasked with fixing the problem.

With NGC’s model-based approach and CASE tools, there is only one group of engineers with only one set of development tools for the design, coding, verification and validation of the software, from user requirements to commissioning in orbit.  Interface documents between the two teams and the search for the source of the mistake are eliminated.

Furthermore, unlike the traditional approach where software engineers write the machine language software by hand, graphical software is used to write the flight software in a fully automated process.

Human errors due to hand coding are avoided. NGC employs a user-friendly, modular graphical interface to integrate the lines of code written in a graphical language.

When the design is complete, at the touch of a button, the graphical software is transformed automatically into the machine language of the onboard computer.

In addition to automatic code generation, NGC’s simulator is highly automated in other ways. It can set up required simulation scripts from a test plan, execute the simulation for AOCS software verification and validation, and generate graphical results, all without any human intervention. Except for, at the end, the analysis of the automatically-generated graphical results to ensure that the simulated behaviour of the satellite goes according to specifications.

The company specialises in the development of cost-effective design and validation of high quality GNC software that provides a superior level of autonomy to satellites. All this while improving their performance, reliability and safety and reducing operational costs. 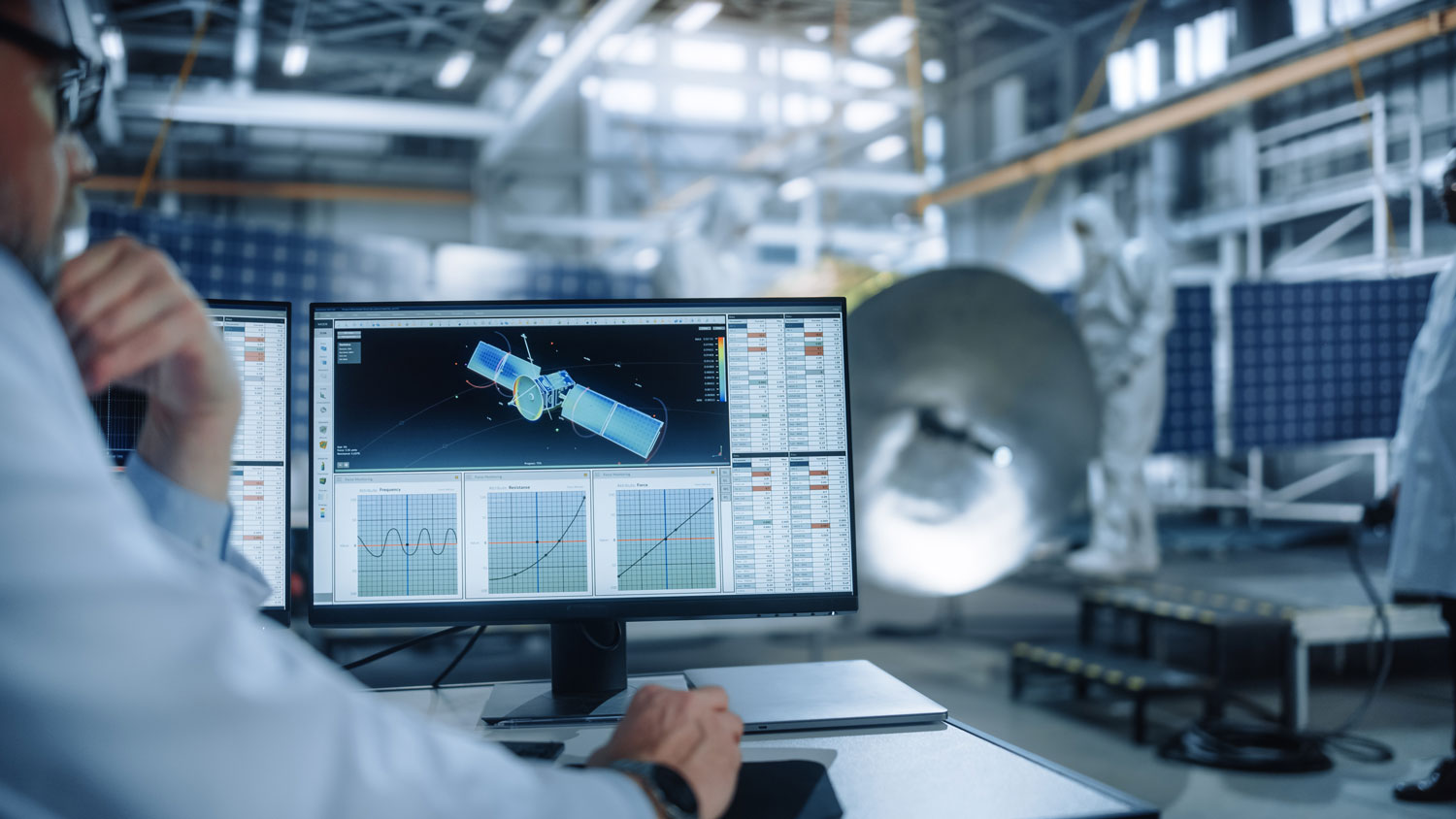